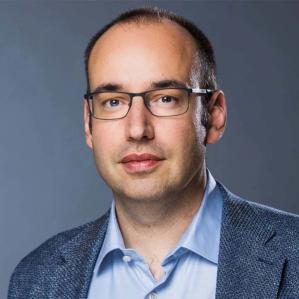 Christian Hagist holds the Chair of Intergenerational Economic Policy at WHU – Otto Beisheim School of Management, and is Academic Director of the Wipro Center for Business Resilience.

Christian received his Diploma (M.Sc. equivalent) in Economics from the University of Freiburg (Germany) in 2003 after five years of studying in Freiburg and at UW-Madison, Wisconsin (USA). From 2003 to 2007, he was a PhD student/researcher at the Research Center for Generational Contracts (University of Freiburg (Germany)) and a Visiting Scholar at Boston University (USA), where he worked together with Laurence J. Kotlikoff. In 2007, he received his doctorate for his dissertation "Demography and Social Health Insurance", which was supervised by Bernd Raffelhüschen. He was awarded the Friedrich-August-von-Hayek-Award for his dissertation. Furthermore, Christian received the Walter-Eucken-Award for his post-doctoral studies by the University of Jena (Germany). In 2012, he obtained the venia legendi in Economics from the University of Freiburg.