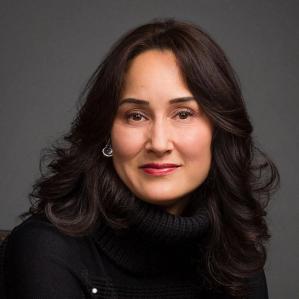 Professor of Media Arts and Sciences at Massachusetts Institute of Technology

Cynthia Breazeal is a professor of media arts and sciences at MIT, where she founded and directs the Personal Robots group at the Media Lab. She is Associate Director of the Media Lab and leads strategic initiatives. She is also Director of the MIT-wide Initiative on Responsible AI for Social Empowerment and Education (RAISE). She co-founded the consumer social robotics company, Jibo, Inc., where she served as Chief Scientist and Chief Experience Officer.

Cynthia Breazeal is a pioneer of social robotics and human-robot interaction. Her work balances technical innovation in AI, UX design, and understanding the psychology of engagement to design personified AI technologies that promote human flourishing and personal growth. Her recent work focuses on the theme of "living with AI" and understanding the long-term impact of social robots that can build relationships and provide personalized support as helpful companions in daily life. Her research group actively investigates social robots applied to education, pediatrics, health and wellness, and aging.

Her seminal book, Designing Sociable Robots, is recognized as a landmark in launching the field of Social Robotics and Human-Robot Interaction. She is an international award-winning innovator, designer, and entrepreneur. She has spoken at prominent venues such as TED, the World Economic Forum, the UN, SXSW, CES, and she has keynoted at numerous top academic conferences. She is a recipient of the National Academy of Engineering's Gilbreth Lecture Award, Technology Review's TR35 Award, and TIME magazine's Best Inventions where her Jibo robot was featured on the cover. She has received numerous design awards including recognition by the National Design Awards, Fast Company Design Award, and Core 77. She has also been recognized as a rising entrepreneur by Fortune and Entrepreneur Magazine. Cynthia Breazeal did her graduate work at the MIT Artificial Intelligence Lab. She received her doctorate in Electrical Engineering and Computer Science from MIT in 2000.