WHU – Otto Beisheim School of Management was honored with the “HR Innovation Award” for its General Management Plus program for managers. The award was presented for the first time to companies at the HRM Expo trade show (German: ‘Zukunft Personal’) in Cologne.

Globalization, digitalization, and fast-moving business demand new and innovative solutions in the development and continuing education of managers. The HR Innovation Award was developed to award companies contributing innovative products and services to the HR sector.

The General Management Plus continuing education program, offered by the Executive Education department at WHU, was the winner in the Continuing Education and E-Learning category. A jury drawn from the media, the academic world, and business chose the winners in four different categories. The awards were presented to each of the winners in the four categories at an official awards ceremony on October 18.

The General Management Plus program (GMP+) features a special combination of taught theoretical business management skills and the direct practical application of what has been learned. The acquired knowledge is applied in a socio-entrepreneurial project. Participants work in intercultural, virtual teams to establish a learning center in an emerging nation in Asia within the continuing education program. The program is offered in cooperation with the non-profit organization BOOKBRIDGE.

More about the General Management Plus Program​

The number of visitors says it all. gamescom, held in Cologne between August 17 and 21, 2016, recorded 345,000 visitors, making it the world’s largest event for computer and video games. WHU – Otto Beisheim School of Management has been a partner of gamescom, which is organized by the German Trade Association of Interactive Entertainment Software BIU, since 2015. 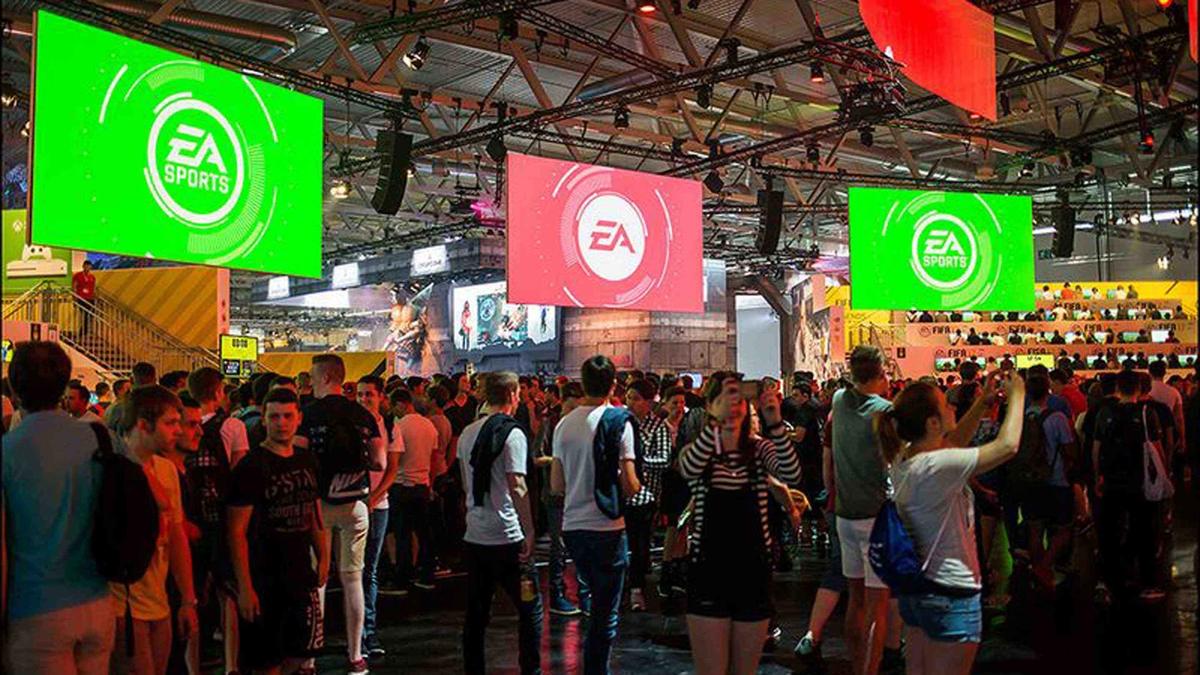 Explaining the motivation for this partnership, Dr. Peter Kreutter, Director of the WHU Foundation and Managing Director of the Wipro Center for Business Resilience at WHU, says, “The effects of digitalization and gamification are already reaching into areas like industry, medicine and even the charity sector. Virtual and augmented reality or serious gaming are only a few of the keywords. We wish to provide our students, alumni, friends and donors with access to this exciting growth industry. On the other hand, we also wish to actively help the games industry to further develop using our research and training expertise in the area of general management.” 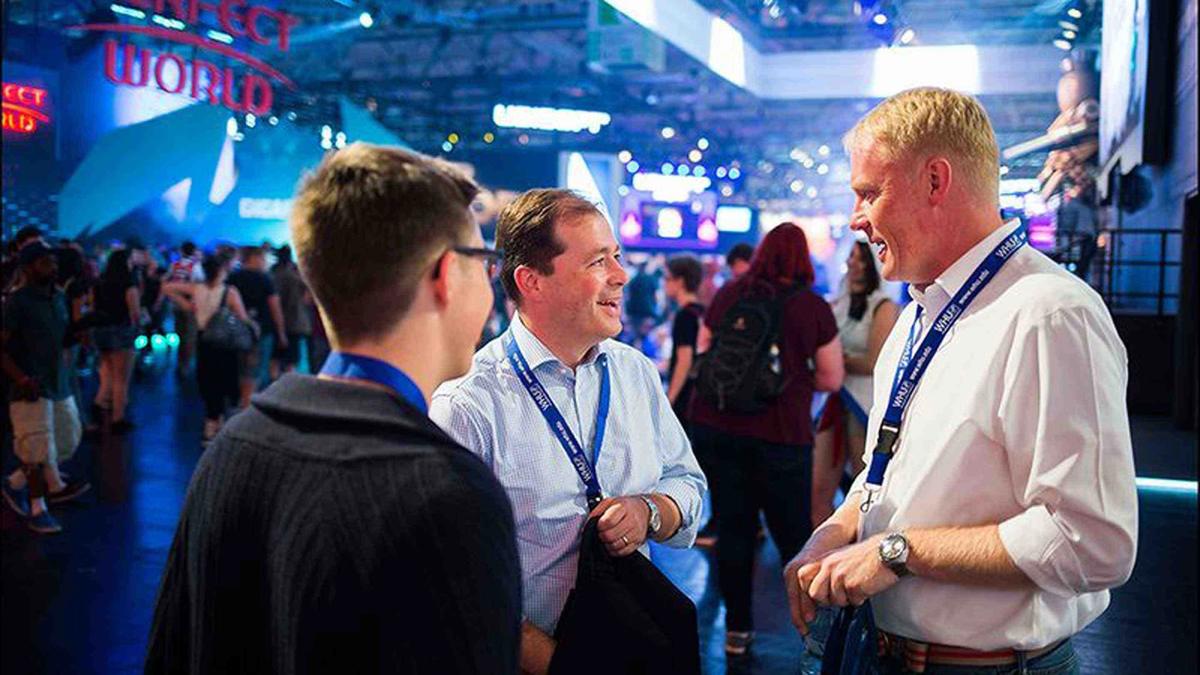 Dr. Maximilian Schenk, Managing Director of the BIU, welcomes WHU’s commitment, “The significance of gamescom as a 360° event for the future of digital entertainment and the digitalization of our society is constantly growing. With WHU as a leading business school, we have found a partner that understands the dynamics and global dimension of our industry like few others. WHU’s expertise and its outstanding network among businesspeople, alumni and non-profit organizations are a huge enrichment for our work – not just during gamescom.”

For example, at gamescom congress WHU held a panel discussion entitled “Growth in Digital Industries: Leadership, Strategy, Staff Development”, where Marie-Blanche Stössinger from Wooga, as a representative of the games industry, discussed the various opportunities in these areas with Christopher Suff, digitalization specialist at Wipro, and Rebecca Winkelmann, Managing Director WHU Executive Education.

The “WHU Executives & Kids @ gamescom” event, successfully established in 2015, was expanded at this year’s gamescom and was able to welcome over 90 participants over three days. Together with the foundation Digitale Spielekultur, the WHU Foundation, the Haniel Foundation and the Vodafone Foundation had invited directors and CEOs of foundations and non-profit organizations together with their children to “Foundations @ gamescom”. The aim was to establish gamification and serious gaming for the third sector by turning children into mentors for digital game environments. This was supplemented by discussions and an exchange of views with management representatives from leading games producers. Olaf Coenen and Martin Lorber from Electronic Arts, Ralf Reichert (ESL) and Jan Miczaika (Wooga) accordingly reported on the latest developments and strategies in their respective fields. 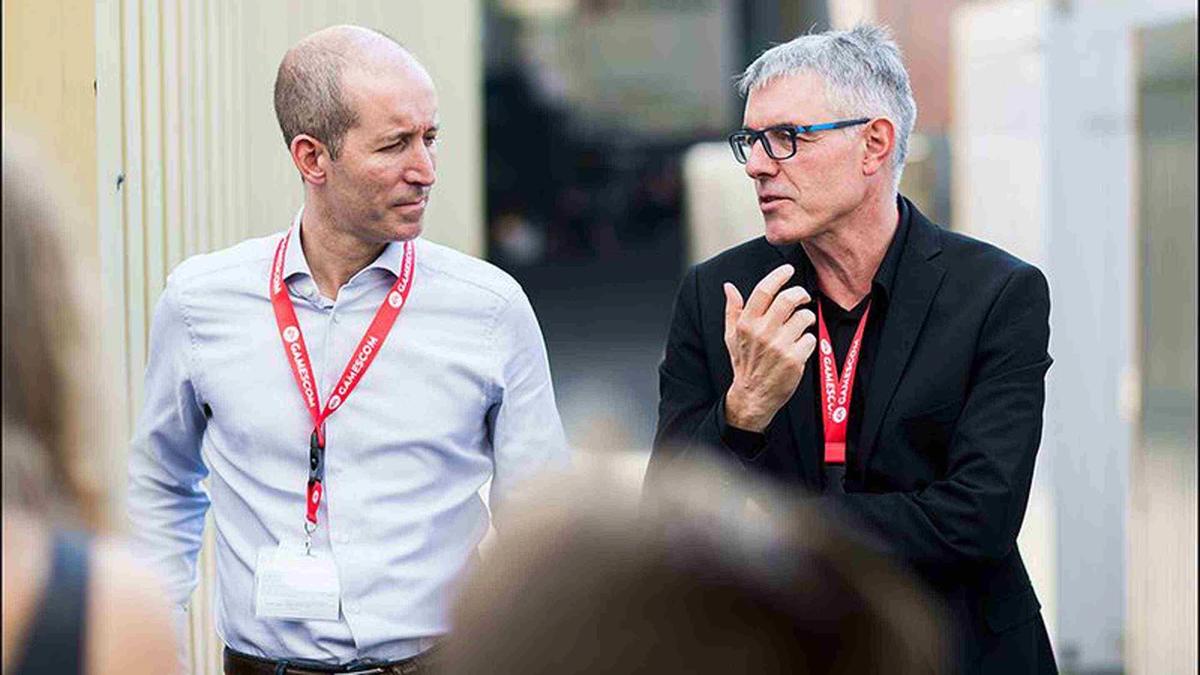 The highlight, however, was undoubtedly a meeting with prominent YouTubers LeFloid and two members of PietSmiet, who informed the foundation representatives about their social projects and fund-raising campaigns. Last year, LeFloid together with other YouTubers raised 76,000 euros in the second round of their “Loot for the World” campaign. YouTubers associated with PietSmiet collected in excess of 100,000 euros for charities in twelve hours with their #FriendlyFire charity streaming event.

The next joint event between BIU and WHU is already scheduled to take place on October 27, 2016, in Berlin in the shape of the “WHU Hauptstadt-Dialog”. WHU Executive Education will also be offering a continuing education program entitled Design Thinking on October 26 and 27, 2016, for all those interested in the subject of “Digital Transformation”.

It is all about inspiring and helping people

General Management Plus Program at WHU

On July 9, 2016, a group of 13 managers from India, Spain, Israel, China, and Germany completed their half-year Executive Education Program on General Management at WHU – Otto Beisheim School of Management. All can look back on six months filled with emotions and moments of stepping out of their comfort zone, growing as leaders, and working as a team.

The five modules of the General Management Plus Program made them not only grow as responsible leaders but also as a team. Especially the fourth module, in which they implemented a learning center in Bandarawela, Sri Lanka, impressed them. During the last module of the program in July, the participants reviewed their exciting learning journey:

Sima Dor-Hay: “My three key learnings of the program are:

1. Stretching my own comfort zone
2. Do things you believe in
3. You need a team to achieve your goals”

Stefan Paraschiv: “For me, the three components of leadership are:

1. Inspire and help people
2. Make use of all resources available
3. Do all things with love and feel good about what you did”

All participants emphasized that it was very challenging to act and work in an unknown environment. Stepping out of their comfort zones made them grow personally, and also get to know and accept their personal limits. Maria described the program as a “ride on a rollercoaster of emotions”, including many personal and intercultural experiences. For May-Britt the most emotional moment was the situation when two teenagers signed up for a course offered by the new learning center in Bandarawela, Sri Lanka.

The General Management Plus Program, in which the managers participated, combines theoretical General Management knowledge with the direct application of the learnings in a social business project. Starting with a “theoretical” module in Düsseldorf, Germany, the participants are equipped with the foundations of Finance, Strategy, and Entrepreneurship. Participants are then challenged to set-up a sustainable business plan for a social business – a learning center in an Asian country – and to pitch to an investor. The program further strengthens the participants´ leadership capabilities and personal and intercultural experiences: Together as a team, they implement the learning center in the Asian country. The program is run in cooperation by WHU – Otto Beisheim School of Management and the social enterprise BOOKBRIDGE, which builds learning centers in Mongolia, Cambodia, and Sri Lanka.

On June 23, 2016, WHU Executive Education will offer a virtual information session on the General Management Plus Program, which will commence in January 2017 for the fourth time. We will give an introduction into the format and contents of the executive program, inform you about financing options and participants will be given the opportunity to ask their questions to WHU staff and alumni of the program.

“We are thrilled that 28 talented professionals representing six nationalities from Europe, Asia, and the Americas joined the first program run”, says Professor Serden Ozcan, Chair of Innovation and Organization at WHU. Participants had diverse backgrounds, coming from venture capital and private equity firms, corporate venture units, family offices, M&A firms, accelerators as well as family businesses, corporations, and start-ups. Such a remarkable gathering of participants from diverse organizations and countries provided a powerful forum for lively debates and exchanges of experiences. 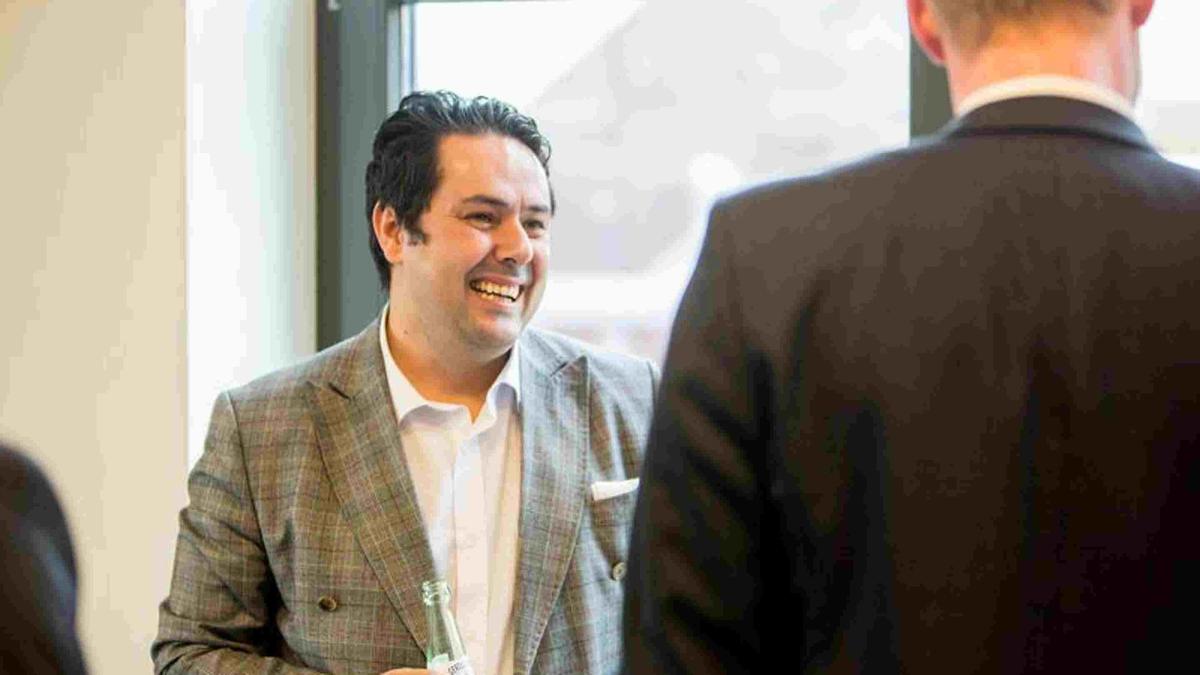 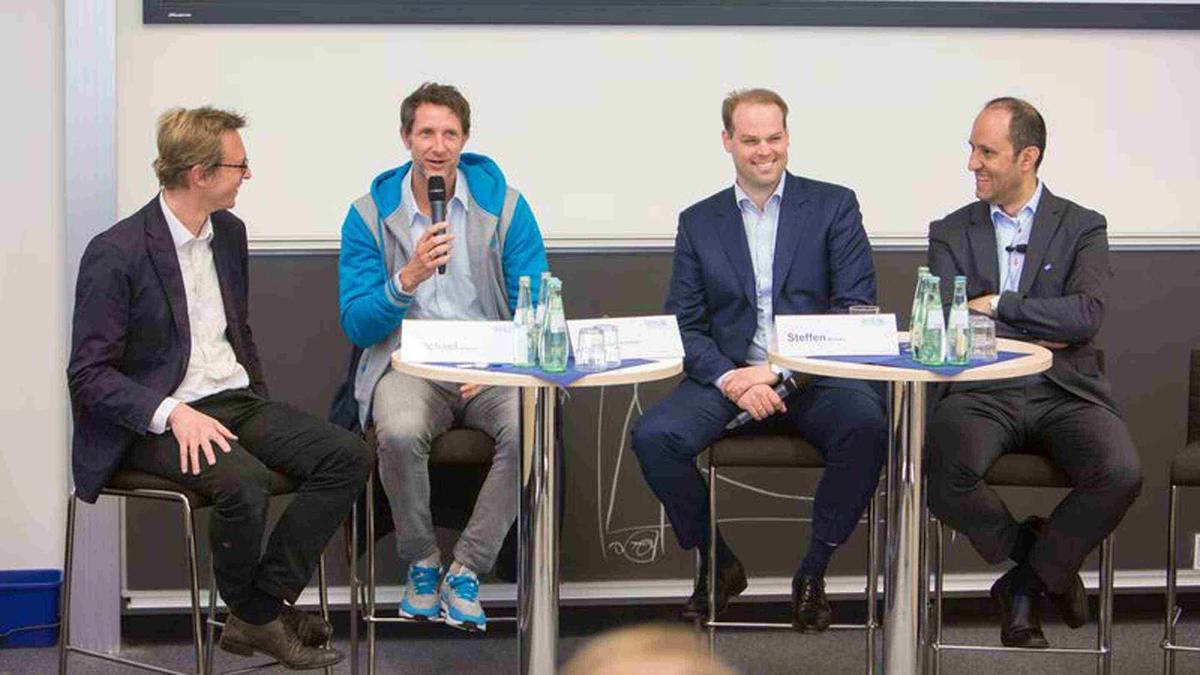 The program was targeted to professionals who were new to the topics of Venture Capital and Private Equity but also to professionals who aimed at deepening their knowledge and at keeping up with the latest developments and tools. “The Private Equity and Venture Capital industries are changing quickly. This is why we make it a point to include the latest developments of the industries in our program”, explains Professor Garen Markarian, Chair of Financial Accounting at WHU.

In the course of the two days, the participants learned amongst others how venture capital works in each stage of a venture´s life course and how venture capitalists manage their portfolio of investments. With regards to private equity, they learned how to value a private equity company and the financing techniques and tools commonly used in leveraged buyout transactions. Besides lectures, the program offered plenty of networking opportunities, not only with fellow participants but also with professionals from leading Private Equity and Venture Capital Firms such as Alvarez & Marsal, Capnamic Ventures, High-Tech Gründerfonds, Lincoln International, and Waterland Private Equity.

We use cookies to provide and improve our services. By using our site, you consent to cookies.