Digital transformation: A curse or a blessing?

Professor Stefan Spinler is director of the Kühne Institute for Logistics Management at WHU – Otto Beisheim School of Management and heads the newly founded WHU Center for Digitalization. Together with McKinsey & Company, Stefan developed the new Executive Education program “Digital at Scale” that addresses why, how, and in which areas companies should digitally transform.

What is digital transformation in general?

Why is digital transformation necessary?

Digitalization offers a competitive advantage to companies that successfully digitally transform. For example, they may be able to offer better products with new features, better service, or simply reduce their costs. Companies that fail to digitally transform face the significant risk of losing market share and being left behind in the ‘old world’, both by competitors and by new market entrants.

What do you see as the biggest challenge in digitalization?

For many people, digitalization appears to be a buzzword. It is typically connected with different megatrends like Industry 4.0, the Internet of Things, smart cities, self-driving cars, and new techniques for data gathering and analysis. However, the implications of digitalization are different for every company. A medium-sized producer of machines will need to take very different steps compared to a DAX 30 bank or insurance company. The challenge in digitalization is to identify and successfully implement the aspects of digitalization that actually benefit a company. Many companies see this as a significant challenge. Therefore, we designed a new Executive Education Program to help companies to digitally transform.

Many see a huge potential and a vast number of new opportunities in digitalization. On the downside, many fear and demonize it. Is digitalization a curse or a blessing?

It is true that digitalization brings great economic and social opportunities, but there are also some threats linked to digitalization. One imminent threat are cyber attacks and data protection of customers and companies in general. Both policymakers and companies need to find the right measures against these threats. Along similar lines, ownership of data is an important issue that needs to be addressed to introduce data-enabled services. A more distant threat is the dystopia that machines one day will rule humankind. While this threat is highly controversial among different people, most experts agree that artificial intelligence will have a much larger impact on our lives than it currently has.

In which industries do you see the highest potential and the greatest danger?

It is difficult to pinpoint single industries as digitalization affects all industries. While some industries like e-commerce and consumer electronics were affected earlier, other industries have started to digitally transform as well. From our discussions with companies, we see that there are still many opportunities that can be captured with digitalization. Within each industry, companies need to realize that digitalization is not an option, but a mandatory move to be able to compete successfully.

What does digital transformation actually mean for companies?

Digitalization is a huge opportunity for all business processes (or even business units) lying ahead. What a digital transformation includes is actually different for every company. Here are some aspects that it may include:

Can you provide a success story?

There are many examples where companies successfully transform. Let’s take insurance companies as an example. Facing the customer, new, data-driven policies and tariffs have been implemented in health and auto insurance that cater to the insured person’s individual risk profile. It becomes possible to insure, say, single ski trips rather than taking out insurance over a longer timeframe. In the “back-end”, digital processes enable automation of settlement of a significant share of, as yet, simple claims. So indeed, digitalization affects companies’ entire value chains.

Thank you for the interesting insights into digital transformation and what it means for companies!

Digital at Scale – Steering Your Business into a Digital World Program

WHU and McKinsey & Company offer the “Digital at Scale Program” which is designed for managers and executives in digital roles or executives with roles in commercial, operations, or HR functions who want to transform their business unit/function. The 4-day program addresses why, how and in which areas companies should digitally transform.

The Executive Education Program will take place in April and May 2018.

Learn more about the program​

Anything can be trained: Core competencies of the CEO of tomorrow

Anything can be trained: Core competencies of the CEO of tomorrow

Nowadays, executives are facing a multitude of challenges: How can their organization be and stay successful in times of globalized economies? How does digital transformation affect their industry, their company? Is their business model endangered to be turned upside down by disruptive innovation? And: How can top talent be attracted and retained – a generation Y workforce that is not only asking for flexibility but is also keen on knowing how the organization they are working for “gives back to society”?

A current article in the German HR magazine “Personalführung 12/2017-1/2018” discusses the core competencies of future CEOs and shows how Executive Education programs can support these competencies. WHU´s General Management Plus Program is featured in the article. 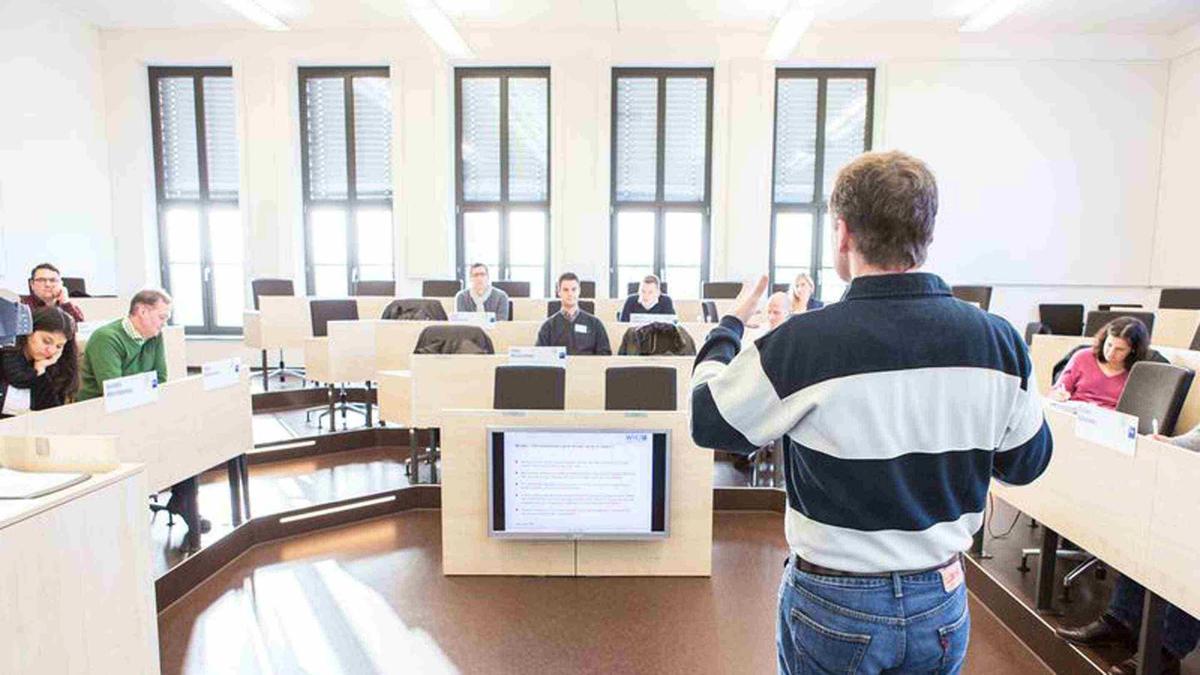 From November 6 - 10, 2017 the first Advanced Management Program (AMP) took place at WHU Campus Düsseldorf. Twenty senior professionals with highly diverse industry backgrounds embarked on a learning expedition that tracked them from tough lessons learned as a board member to matters of corporate transformation and inspirational leadership.

The AMP participants, in particular, valued the exceptional team of facilitators from both academia and the corporate world: Whereas Prof. Karl-Ludwig Kley, former CEO of Merck KGaA and honorary professor of WHU talked about his “Lessons learned as a CEO”, Matthias Hartmann, former CEO of GfK gave insights into successes and failures in digital transformation. WHU faculty member Prof. Jochen Menges contributed insights into emotional intelligence. WHU’s Prof. Miriam Müthel encouraged participants to learn from failure. Creativity and agility were at the core of Prof. Christoph Hienerth’s sessions on visual thinking and business development. 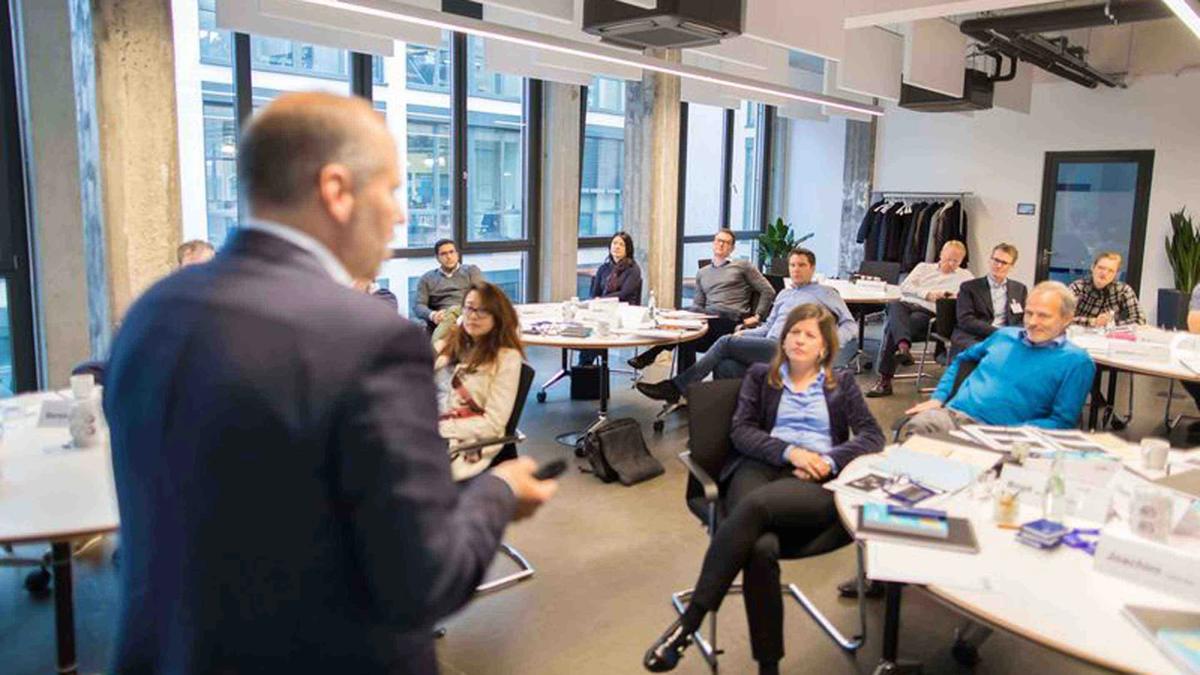 “During this very intense 5-day program, the participants benefit from different teaching approaches, including peer-to-peer coaching, reflecting teams, and acting. Next to growing personally as an executive leader and acquiring new insights into relevant topics, networking is one of the key assets of the AMP”, says Dr. Rebecca Winkelmann, Managing Director Executive Education at WHU.

Two groups from the Sun Yat-sen University visited the campus of the WHU – Otto Beisheim School of Management in Düsseldorf in September and October. A total of 53 students from the EMBA at Sun-Yat-sen University participated in a Customized Executive Education Program on the topic of Industry 4.0. In addition to lectures and company visits on this subject, the participants learned about innovation and Hidden Champions in Germany as well as the EURO crisis and Brexit.

From November 6 to 10, 2017, WHU – Otto Beisheim School of Management is conducting its first “Advanced Management Program (AMP)” at the Düsseldorf campus. The five-day program offers experienced executives an opportunity to reflect on topics in strategy development, strategy implementation, and leadership behavior while acquainting themselves with new points of view and broadening their networks at the same time.

For experienced executives seeking to evolve their leadership style, the greatest challenges they face are to cultivate flexibility and agility and to efficiently achieve strategic objectives. The new WHU Advanced Management Program offers effective ways to develop fresh strategies in difficult situations.

The Executive Education Program is divided into two areas: “Strategy” and “Inspiring Leadership Behavior.” In the first part, instructors familiarize participants with new and flexible methods for the development of strategy against the backdrop of the international economic context, taking global megatrends and their impact on businesses into account. Complementing this, participants have the opportunity to share their own strategic challenges with one another and with the instructors in a protected setting.

“When it comes to providing inspiring leadership, we ask ourselves and the course participants questions such as: What properties do inspiring executives have, anyway? How can I get difficult messages across? But also: What role do the emotions play in my leadership behavior?” explains Dr. Rebecca Winkelmann, Managing Director Executive Education at WHU.

The WHU Advanced Management Program is designed particularly for executives who are about to ascend to senior management positions or are already working in a position of this nature. Ideally, participants will have more than ten years of experience as an executive in a position that is located one or two tiers below executive-board level.

More information about the program​

We use cookies to provide and improve our services. By using our site, you consent to cookies.